You probably know that a remake of the Lion King will soon be released by Disney. On 19 of July, to be more specific. Everyone knows how beautiful and popular the first series was(and I am really sure the remake will be a successful one, too), but what about a real live Mufasa and Simba moment? Well, it turns out this wildlife photographer managed to captured the perfect shot. And it recreates the famous Disney animation moment.

While making a documentary in Masai Mara, Kenya, the Parisian photographer Sabine Bernert managed to capture the adorable moment. 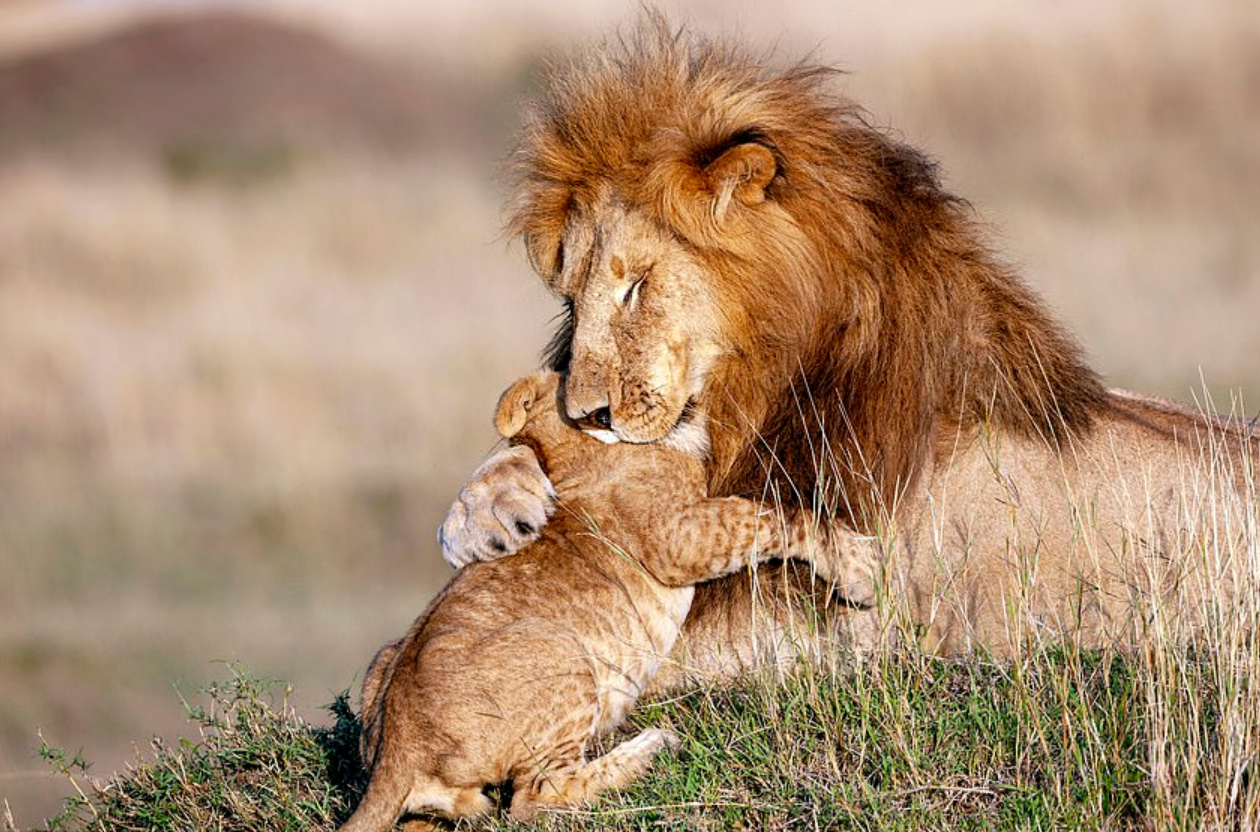 The photos are illustrating a majestic lion surveilling his territory, while one of his cubs (definitely the most playful one) is sneaking from its father back and ask for a big hug. According to the photographer, the tender moment was captured while she was taking some photos for a children book. And what an adorable moment she managed to capture. “The lion pretended he hadn’t seen the cubs until the last second. Then they started to play joyfully. I especially love the moment when the male lion is hugging the cub softly – the contrast between his brute strength and his gentleness, the huge size of his paw very softly holding the little cub,” Sabine told the LADBible. “I was amazed by the way this huge lion was playing so gently with the cubs. They really looked like they were enjoying themselves and have fun. With the delicate light of the sunrise, it was a pure moment of grace.”

As about the Lion King remake, it will be air in less than a month. So stay tuned!